This one is for the Turtle Dove connoisseurs.

I have said it before- I think it would be relatively easy to overlook some examples of  Rufous Turtle Dove ssp. ‘meena‘. The wintering Oriental Turtle Dove ssp. orientalis in Oxford has refocused attention on the identification of these birds. So this one found on Linosa Island in the Mediteranean in early November 2010 is educational. I think it looks like a ‘meena’ Rufous Turtle Dove as do the finders, Andrea Corso and Michele Viganò, and co-observers Ottavio Janni and Igor Maiorano. Not all are convinced however. One of the observers, Ottavio, emailed me for comments and subsequent discussion included Andrea as well. I don’t know the taxon but I would be pretty excited if I found this baby!

Size in the field appeared “quite a bit bigger and bulkier than the 2-3 European Turtle Doves that roosted in the same area”. I can see in the photos it has thin/ weak pale tips to primary coverts, barely visible bare skin around the eye (usually obvious and extensive in European Turtle Dove),  overall plumage looks OK to me with quite extensive white in underparts. The tail pattern looks indistinguishable from European Turtle Dove (but see below). I would personally identify it as a juvenile Rufous Turtle Dove. But I have much to learn. See what you think…

Thanks to the birds’ finders and photographers for this fascinating piece. 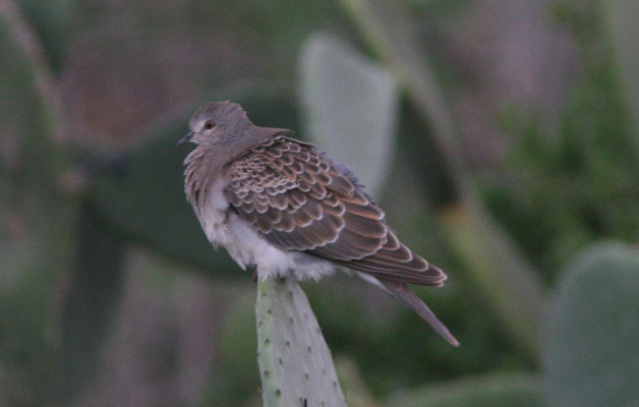 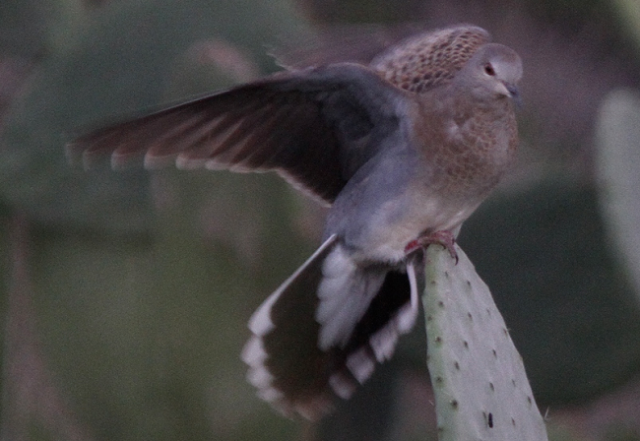 Above: 5 photos by Ottavio Janni

Below: 5 photos by Michele Viganò 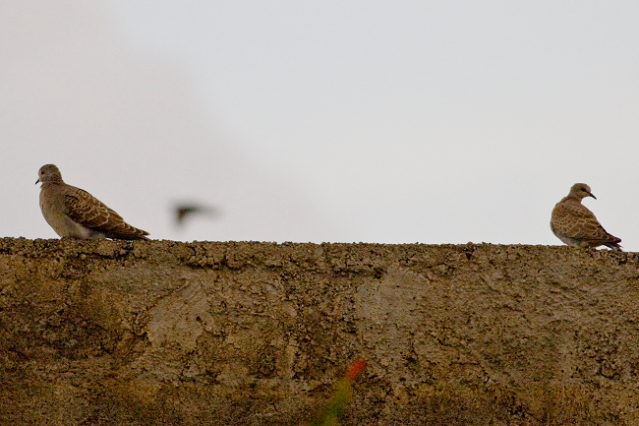 It seems tail patterns may be more variable and not always as ‘diagnostic’ as currently thought. Paul Leader sent his photo of an Oriental Turtle Dove (orientalis) with a very white patterned tail tip (except on central tail feathers), more like ssp. meena.

An orientalis tail taken in Hong Kong with quite whitish outer tail feathers and a very reduced smudge (such that would be difficult to see in the field). Paul Leader

and below examples of ssp. meena in juvenile plumage showing extensive dark smudge on outer web of T6 (outermost tail feather) and extensive white over underparts.

Both are juvenile meena collected in September in Kashmir. USNM, photos: Ottavio Janni

I am a Free Spirit
View all posts by Martin Garner →
This entry was posted in Doves and Pigeons. Bookmark the permalink.