Some things you can’t expect. I knew there had been a Tengmalm’s Owl competing for territory with a Hawk Owl (pretty cool in itself!). It seemed that the Hawk Owl had won out, as we heard (the female?) calling from a nest box and later saw the male bring food to the box. However I assumed the  Tengmalm’s had been out-sung and may well have moved on. It hadn’t. It was still there on one of our Taiga trips during the Gullfest in Varanger, Arctic Norway and proved an absolute highlight at the end of what had already been a remarkable days birding.

It’s also well north of normal range as far as I know. Thanks to Øyvind Zahl Arntzen of Arntzen Arctic Adventures – his cabin in the woods was certainly one of my favourite spots. 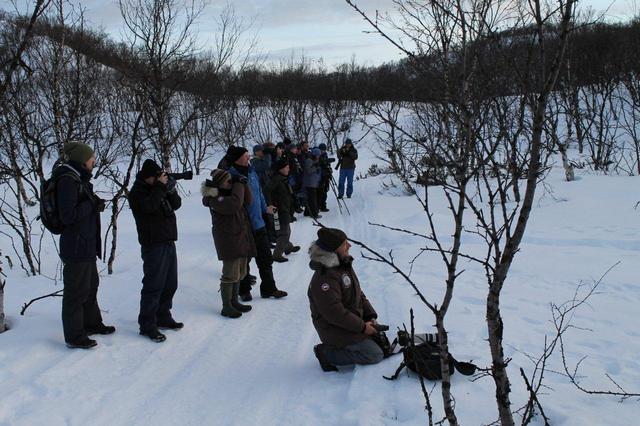 I am a Free Spirit
View all posts by Martin Garner →
This entry was posted in Arctic Norway, Owls and Nightjars. Bookmark the permalink.