During the last 6 weeks I have been coordinating an extensive Breeding Bird Atlas Project on Mt. Hermon. This is Israel’s highest peak, and our only alpine habitats are there. Therefore, 17 species breed only there in Israel. The structure of the bird community on Mt. Hermon closely resembles those of E Turkey and Iran.

The bird community of the mountain was not properly surveyed since the late 1980’s, and we desperately needed better data to protect the vulnerable habitats on the mountain. I worked with a fantastic team of very skilled birders, who climbed mountains, crawled through dense bush, under Syrian mortar fire, just for me – thanks Tuvia, Dotan, Nadav, Noam, Asaf and all the others. We reached some parts of the mountain very close to the Syrian and Lebanese borders, that were never visited by civilians before. That meant that in these sensitive areas we had military escort with us.

So let’s begin with the birds. In the lower elevations (1200 to 1700 m), nice open Mediterranean scrub on rocky mountains provides proper habitat for a good range of species. 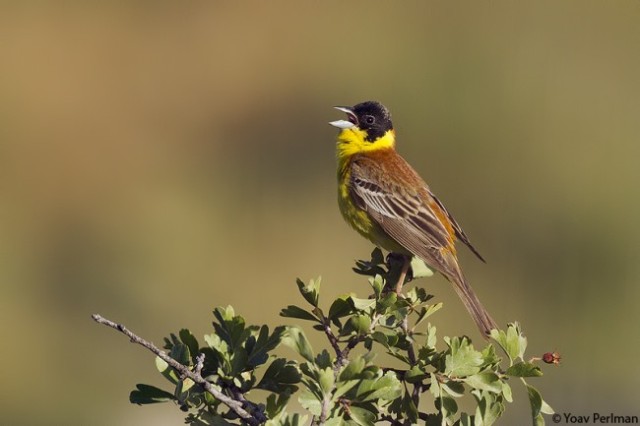 Sombre Tit is very dominant at these elevations: 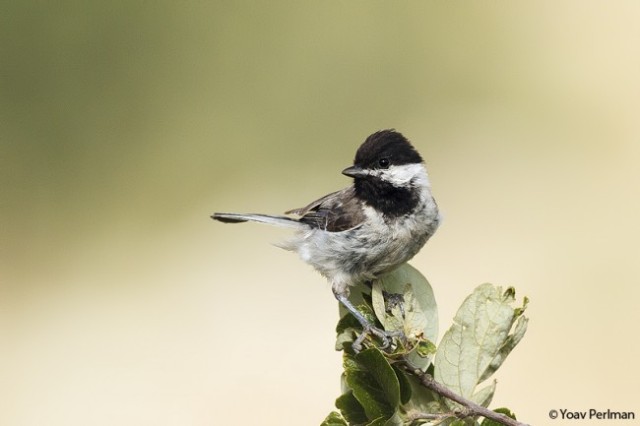 Syrian Serins arrive very late too, which is quite puzzling. They leave their wintering grounds in S Israel by mid March, but don’t really arrive before early May. Where are they in between – just 250 km to migrate in such a long time. In early June we already had flying juveniles – speedy! 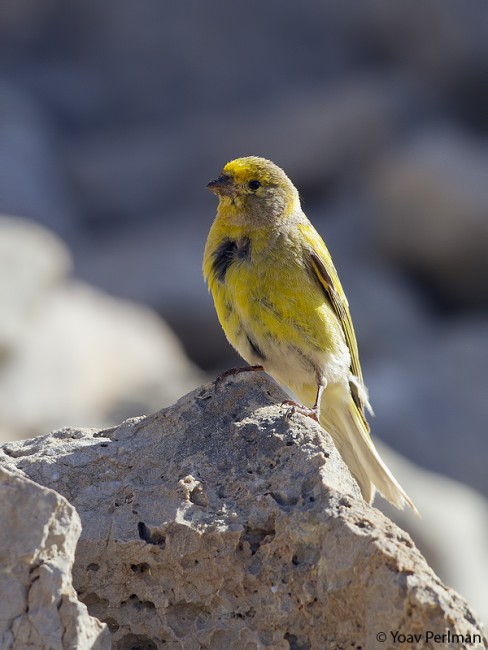 Eastern Black-eared Wheatear breeds in large numbers on Mt. Hermon, which is encouraging because they’re doing pretty bad in other parts of the country.

Woodchat Shrike is the commonest of four shrike species that breed on the mountain – Red-backed, Masked and aucheri Southern Grey are the other three. Our breeding woodchats are of the Middle-Eastern ssp. niloticus.

One of the most interesting discoveries of our work was a breeding population of ‘chiffchaffs’ in a well-vegetated valley at about 1300 m. First found by Noam Weiss and myself, we then discovered 20 breeding pairs in that one specific valley! At first we thought they could be Mountain Chiffchaffs, as they looked pretty brown and sounded funny, but further field investigations never produced a definitive answer to their identity. They might be something like brevirostris Chiffchaff that breeds in S Turkey. Tomorrow we’ll try to catch them and take some DNA samples – hope to get back with more news on them soon.

Anyway, Chiffchaffs: some of them look very brown (thanks Zohar) 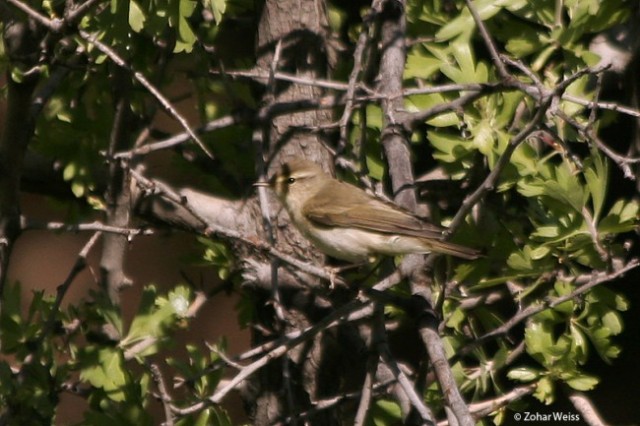 While others look more standard Chiffchaff greenish (thanks Lior) 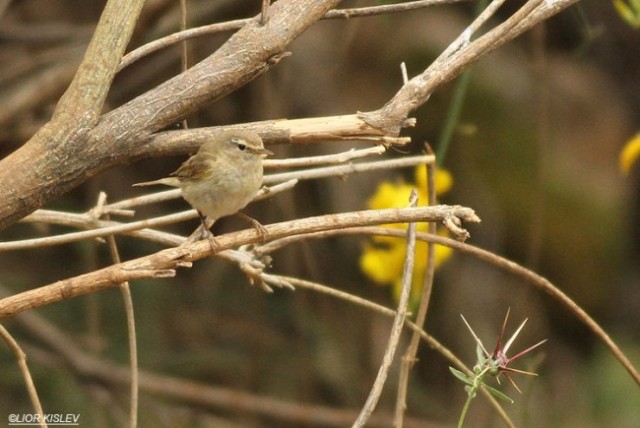 They were always difficult to watch and photograph, spending most of their time in canopies of tall trees. Here’s a recording of the brown one. Either way, chiffchaffs have never been recorded breeding in Israel before.

Crimson-winged Finch is one of the most difficult Hermon species, but we did quite well with them and found many breeding pairs.

White-throated Robin is a beautiful and rare breeding bird. Normally very difficult to find, we scored well with 11 breeding pairs.

Hill Sparrow (AKA Pale Rockfinch) is a plain but neat bird. A small population breeds normally very high up (about 2000 m), while once in every few years we have a breeding invasion into the deserts of southern Israel – they are highly nomadic and opportunistic. This year we found them in one valley only but in exceptional density, about 50 pairs in one small valley. Their cicada-like song filled the air there.

You can read more about the survey and my daily accounts in my blog.