Now That’s What I Call…

Joined by regulars Phil C., Craig T., Andrews L. and A., and several visitors, I watched from 6:15 to 9:30am. The day after the strongest NW winds. Some numbers from my time:

This 2nd winter Caspian Gull was a surprising bonus. Large gull regularly pass the head in front of the ‘seawatch spot’. This one caught my eye immediately. It dropped down as to look for food briefly and then flew through. Thankfully all got on it. Previous records from Flamborough include 4 juveniles (one here) and a 4th winter type (here) (thanks to Alan ‘Birdguides’ Tilmouth). 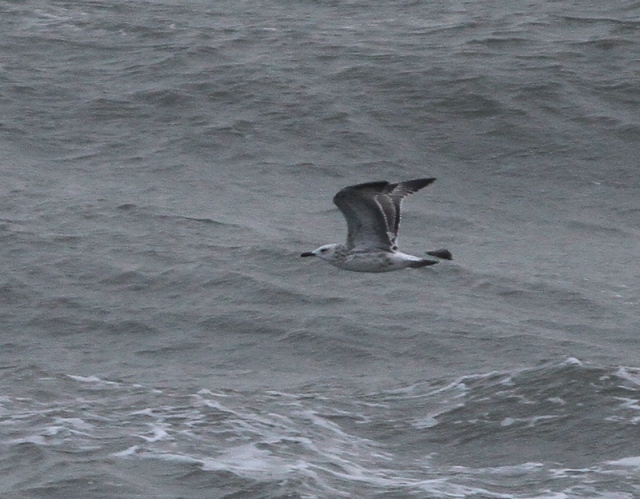 Sooty Shearwater. Flamborough is king when it comes to these. This odd bird on 10th Sept. has obvious paler area over the breast. 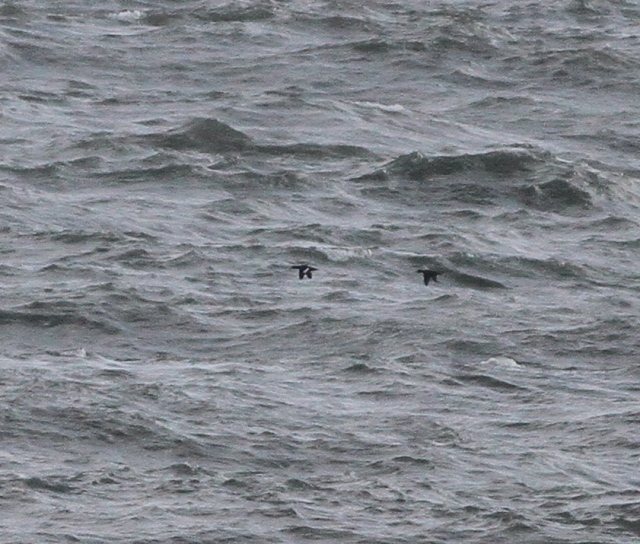 Velvet and Common Scoter. 11th Sept. I like to push the limits of what can be photographed on a seawatch. This Velvet Scoter was nearly ‘half way out’- which is a long way. I had to get someone to tell me when they passed a marker as I couldn’t reliably make them out through the view finder.

Moulting adult Great Skua. Modern DSLR cameras enable you to capture quiet a lot, even in murky light at long-range on a seawatch.

Casting back a week ago to Thursday 5th Sept. I took lovely daughter Abi on boat trip out of Staithes, North Yorkshire. This was part of exploratory trip with fab colleagues from Yorkshire Coast Nature. A recce. In flat calm conditions we had super views of up to 4 Minke Whale including large bull and few close seabirds, like the Sooty Shearwater below.

Abi does her ‘Titanic’ impression 😉

I am a Free Spirit
View all posts by Martin Garner →
This entry was posted in Gulls, Seabirds. Bookmark the permalink.

2 Responses to Now That’s What I Call…