Posted on September 16, 2013 by tonydavisonsimplybirdsandmoths

According to a number of recent publications, the long hot summer of 2013 has helped to revive many of our species of British Butterfly. The recent Big Butterfly Count that was conducted by Butterfly Conservation during the summer, recorded four times the number of butterflies this year as during the same period in 2012.

More than 44,000 people took part, recording a staggering 830,000 butterflies. Not surprisingly, due to the extreme numbers that I saw during the summer, the whites did very well with both Large White & Small White numbers up by more than 300% on 2012.

In top place was Small White, with Large White second and Peacock in third place, quiet a surprise. The Small Tortoiseshell that has suffered in recent years, seems to have made a come back and came in at sixth place in the rankings. Some 15 of the 21 Big Butterfly Count species increased in numbers this year and 12 were up by at least 50%.  Although there are still many species that are struggling, it is fantastic news to see that some of our British Butterflies have bounced back in such a way, thanks mainly to a hot and sunny summer. Long may it continue.

With late autumn approaching, there is still time to observe several varieties of our favourite winged insect and if we get any warm southerly winds, that often bring a few rare migrant birds to our shores, keep a look out for one or two rare butterflies. How about a Queen of Spain Fritillary or a Short-tailed Blue, maybe on the Isles of Scilly in October. Clouded Yellow can still arrive in good numbers in favourable weather conditions.

The Isles of Scilly has a sub-species of Speckled Wood which is on the wing throughout October and in the warm autumn sunshine there should be plenty of Red Admiral and Peacock, maybe Comma and Painted Lady and the odd Small Copper to brighten up the day and enjoy before the approach of winter.

An immigrant Painted Lady at Spurn during the weekend of 25th August, when there was a huge fall of  migrant birds along the East Coast of England. Records of Painted Lady often coincide with bird migration – Tony Davison© 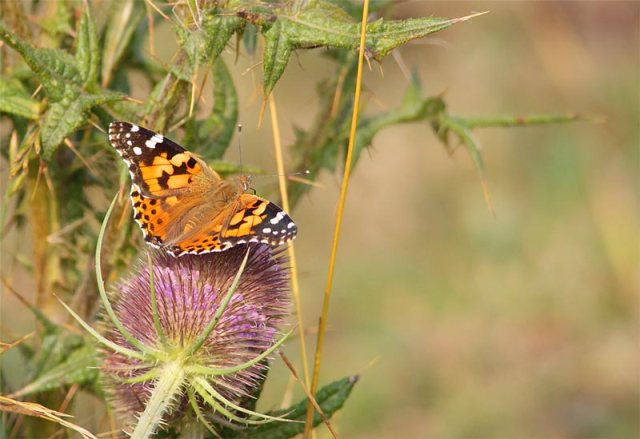 There were small numbers of Painted Lady at Spurn on 25th August 2013. Tony Davison©

The Peacock  can be on the wing into October if we have an “Indian Summer”. 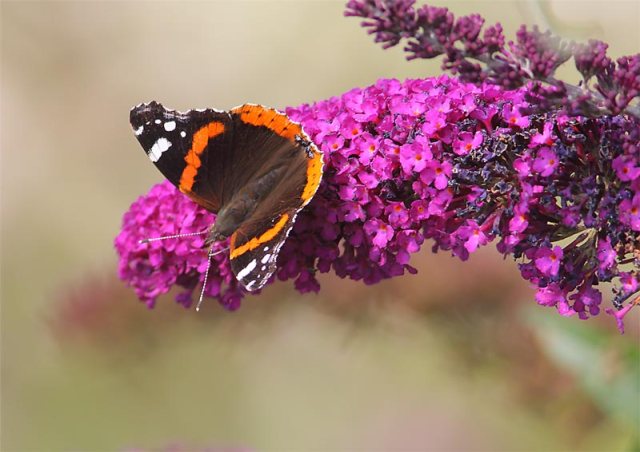 This Red Admiral was feeding on Buddleia at Spurn Point. This could also have been a migrant. An incredible record of  a Plain Tiger, a first record for Britain of this stunning African species, was also recorded at Spurn during this period of high bird migration activity from Southern Europe. . Tony Davison©

A migrant Queen of Spain could easily turn up in late autumn. Tony Davison©

Look out for Clouded Yellow on the south coast & Isles of Scilly in October. Tony Davison© 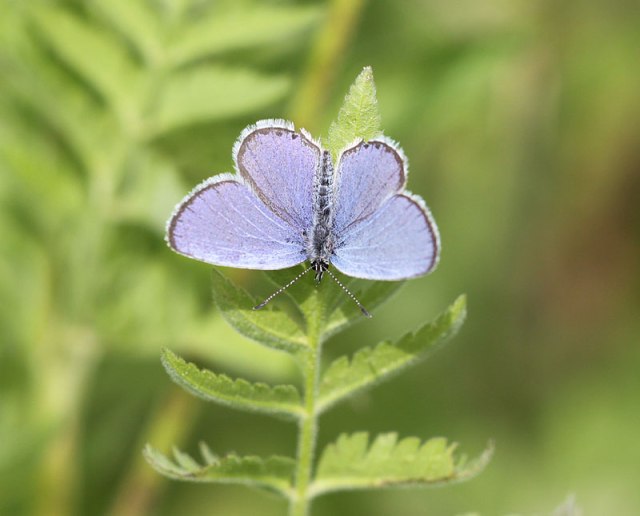 The rare Short-tailed Blue can often arrive on the south coast during the autumn. This one has lost it’s “Tails” making identification rather tricky. Tony Davison©

The Small Tortoiseshell has seen somewhat of a recovery this year. This one was photographed at Spurn during the weekend of 25th August. There were many on the wing at this time. Tony Davison©

Small Tortoiseshell photographed in Dorset during early September, again there were many on the wing enjoying the late hot summer sunshine. Tony Davison© 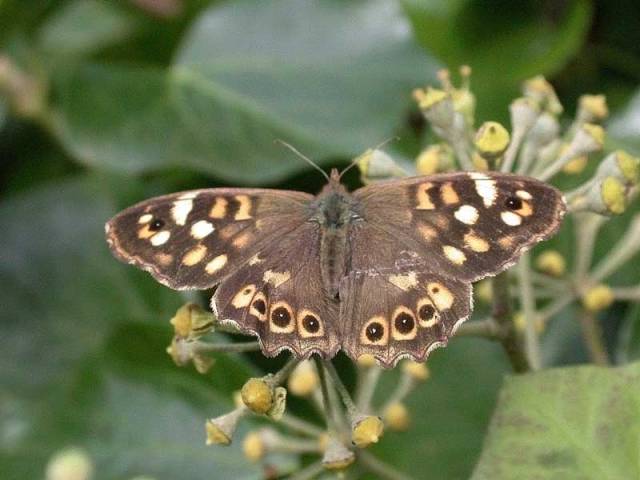 The Isles of Scilly has a sub-species of Speckled Wood – Pararge aegeria insula, which has more orange markings than the nominate and other sub-species P.a.tircis that occur in Britain. Tony Davison©